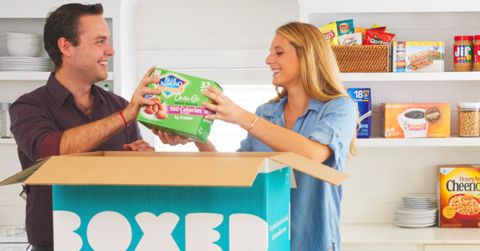 Boxed Express will deliver groceries in as little as three hours.

Online wholesale club Boxed has announced the launch of its first fresh food delivery service. Called Boxed Express, the service allows customers to receive fresh groceries in as little as three hours after an order is placed.

Initially, the program will be available only to members in New York, New Jersey, Atlanta and Boston. Delivery can be scheduled for the same day or up to five days in advance. The company will deliver orders daily between 10 a.m. and 10 p.m.

To keep shoppers in the loop, Boxed will send updates when orders are ready and when the driver is five minutes away. Shoppers also can track their order's progress via the Boxed app on a system similar to Uber.

Shoppers will be able to choose from 500 items that range from fresh to frozen.

"This is a highly competitive space and as consumer expectations change, we wanted to offer our members a full range of goods. Fresh and frozen is an essential part of that," said Ashish Prashar, a spokesperson for Boxed. "We are expected to offer flexible, efficient and affordable delivery to our members and for that reason source our products from a variety of local and national vendors," said Ashish Prashar, a spokesperson for Boxed.

Boxed plans to eventually expand the program into other markets where the company already has an existing logistics operation.

This new three-hour delivery window has the potential to skyrocket Boxed, which already has a competitive edge in some grocery markets.

"We're already cheaper than the dominant players in some markets—FreshDirect in New York and Instacart, in many instances," Prashar told FierceRetail.