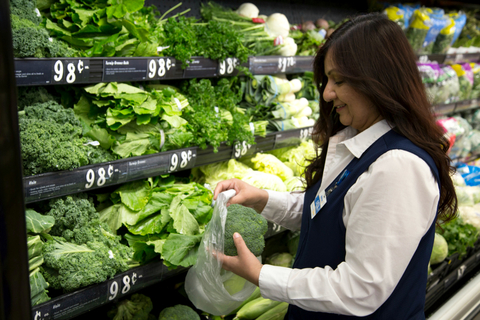 Buy online and pickup in-store (BOPIS) is becoming an increasingly popular shopping channel. Half of respondents in a new survey say they've used the service in the last 12 months, up 44% from the 2015 JDA Voice of the Consumer survey.

While about 54% of respondents reported that they prefer to shop in store over other channels, 46% prefer to skip the store altogether in favor of digital channels.

“Our 2017 Consumer Survey highlights the changing role of retail stores,” said Jim Prewitt, vice president of retail industry strategy at JDA. “While there has been speculation of a ‘retail apocalypse,’ that doesn’t seem to hold true for consumers. No longer the only channel for shopping, brick-and-mortar stores are still a key cornerstone for a quick and easy shopping experience and the facilitator for popular fulfillment options, like BOPIS and buy online return in store (BORIS).”

Another 80% of those surveyed would consider using the service if retailers offered price discounts or incentives. This possibility could be a great way for retailers to increase their sales, seeing as 40% of consumers who have used BOPIS “sometimes” make additional purchases in store.

So why BOPIS? Almost half, 40%, of consumers wanted to avoid home delivery, and another 33% wanted the product sooner. And although still a fairly new option, it seems retailers are working out the kinks, as 58% of respondents did not experience a problem with the service over the last year.

When consumers do experience problems with BOPIS services, they associate them with mismanaged staffing. For example, 23% cited that store staff took a long time or were unable to find the shopper’s order in their store system, and 16% disliked that there were no dedicated staff in store for BOPIS purchases.

“While some retailers are already testing out ways to incentivize consumers to choose BOPIS services over home delivery, our research found that this could be a successful way to capture shopper attention in today’s competitive marketplace and further validate the role that BOPIS will play in the success of retail stores,” said Prewitt. “By offering incentives to shoppers to use BOPIS, like discounting, retailers are driving more foot traffic into stores, and potentially, buying more than they intended to, once they arrive at the store, boosting store sales.”