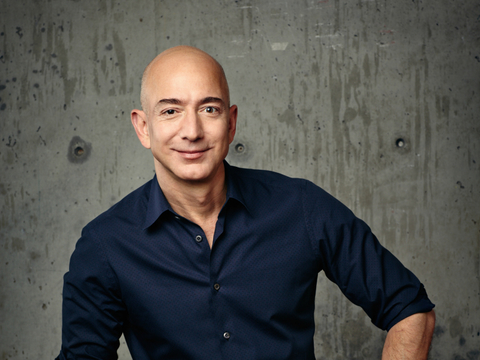 The company reported quarterly earnings after the market closed yesterday and at 52 cents a share, net income fell well below analyst expectations of 78 cents per share.

For the three months ending on Sept. 30, net income was $252 million compared to earnings of $79 million for the same period last year. This quarter included Prime Day.

Sales jumped 29 percent for the quarter to $32.7 billion, an increase for the company. But profitability continues to escape Amazon, which increased operating expenses, largely related to fulfillment.

Bezos had complimentary things to say about Alexa, the company's virtual voice assistant.

"Alexa may be Amazon’s most loved invention yet – literally – with over 250,000 marriage proposals from customers and counting," said Jeff Bezos, founder and CEO of Amazon. "And she’s just getting better. Because Alexa’s brain is in the cloud, we can easily and continuously add to her capabilities and make her more useful – wait until you see some of the surprises the team is working on now."

But there is some indication that Prime membership growth is slowing.

Guidance for the fourth quarter puts net sales between $42 billion and $45.5 billion, a growth of between 17 and 27 percent compared with fourth quarter 2015.