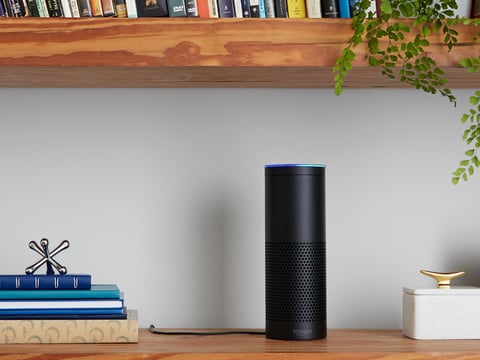 Amazon is developing two music subscription services available for a monthly fee, but one has a significant twist – it will only work with the company's Bluetooth devices.

There are two plans in the works, according to Recode. One follows the established streaming music service model and would carry a monthly fee of $10. It would offer unlimited, ad-free music that is also available for download.

The second would be available for roughly half that price and offer the same ad-free programming, but would only be available to users of Amazon's Bluetooth speaker Echo.

Echo features Alexa, an artificial intelligence that acts as a virtual shopping assistant. Amazon has reportedly sold a million of these speakers and has been adding features to Alexa, which can now order items for Amazon Prime members with simple voice commands.

The music services are on track to launch in September but Amazon is still finalizing details with music labels.

For more:
- see this Recode story