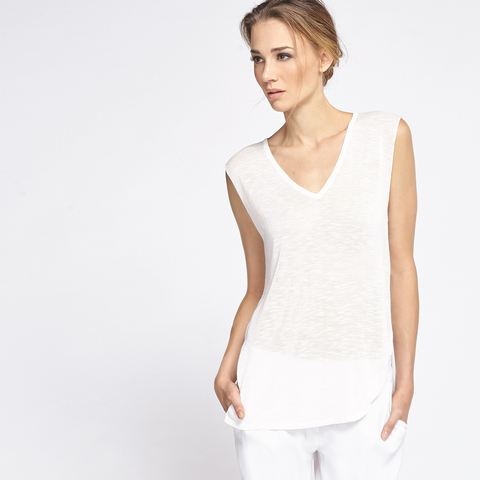 When it comes to fashion purchases, Amazon is closing in on Target as the most shopped apparel retailer in the U.S. In fact, according to a recent deep-dive study by CoreSight Research, two-thirds of Amazon Prime members bought apparel on Amazon last year.

Specifically, almost 46% of all respondents had shopped for apparel on Amazon in the past year, and 48% plan to buy apparel on the site in the coming 12 months.

But it is definitely Prime members that are pushing along this success, as Amazon a plummets to seventh place in terms of where consumers in general shop for apparel, signifying the importance of membership level to fashion's success.

And the Amazon gains are having a direct impact on Target, as the brick-and-mortar store is the most likely retailer that Amazon shoppers have switched from when buying their fashion on the marketplace. Target apparel shoppers are also more likely than average to say they expect to buy apparel on Amazon in the next year. Also, Target apparel shoppers are more likely than average to have an Amazon Prime membership.

The second most switched-from store was Walmart, and Macy's and JCPenney also rank disproportionately high in terms of how many apparel shoppers they have lost to Amazon fashion. Retailers that had some of the lowest turnover to Amazon fashion include Kmart and Forever21.

It seems one of the traits that Target and Amazon share is their image of lower pricing. It seems that almost half, 48%, of Amazon apparel shoppers agree that they always expect to pay less than full price when buying apparel on the site.

What may be surprising, says Deborah Weinswig, CEO and founder of Coresight Research, is the number of consumers buying Amazon's relatively new private label, as it's become the fourth most purchased brand on Amazon. The brands that beat out Amazon on its site include Nike, Under Armour and Hanes.

"A significant number of Amazon apparel shoppers say they have already bought its private label apparel—1 in 9 said they had already bought from its private-label ranges such as Lark & Ro, Amazon Essentials and Scout + Ro," she told FierceRetail.

The demographic most interested in the Amazon fashion experience is young, ages 18 to 29, and curious about both the private label offerings and Amazon's new Prime Wardrobe service. These young shoppers have also expressed the most interest in Amazon opening physical fashion stores.

Finally, it appears many shoppers are happy with the fashion purchase experience on Amazon, as only 12% of those surveyed believe the site could be made easier to browse. And 65% of respondents cited the ease of browsing and search on Amazon as the reason for buying apparel or footwear on the site, ahead of choice and price.

"The findings noted above show how Prime has fueled Amazon's expansion into clothing. Prime membership appears to encourage shoppers to turn to Amazon for nontraditional categories such as apparel (and probably grocery, too)," Weinswig said. "Amazon will almost certainly continue to build share meaningfully, not least because its private labels are still in their early stages and it continues to bring more big-name apparel brands on board. But if Prime membership rates start to plateau—and these membership rates are already high in the U.S.—Amazon will need to turn to the levers of driving up purchase frequency and pushing up average basket sizes to sustain strong gains in apparel."