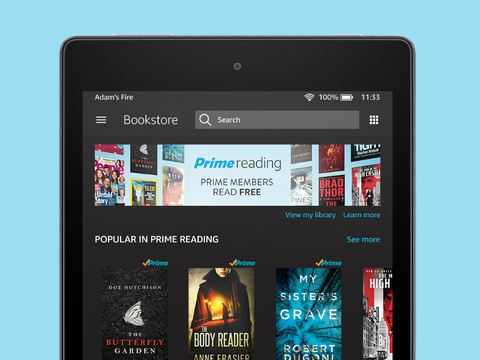 Amazon is taking steps to protect the integrity of one its most popular features: the product review.

The company has long allowed reviewers who received payment in the form of free or discounted products to post a review if they disclosed that fact. But those types of reviews will no longer be allowed under new guidelines.

There is one exception: reviews facilitated through Amazon's Vine program. Vine is Amazon's own program to identify and invite helpful reviews of new and pre-release products.

"We do not incentivize positive star ratings, attempt to influence the content of reviews, or even require a review to be written; and we limit the total number of Vine reviews that we display for each product," according to the company. "Vine has important controls in place and has proven to be especially valuable for getting early reviews on new products that have not yet been able to generate enough sales to have significant numbers of organic reviews. We also have ideas for how to continue to make Vine an even more useful program going forward. Details on that as we have them."

Amazon has taken steps in the past to protect the integrity of customer reviews, even going to far as to sue businesses that pay for fake reviews.

While the move ostensibly protects consumers and the integrity of Amazon's reviews, it also has the added benefit of increasing Amazon's control and tapping another revenue source.

As a result, Amazon Sponsored Products will become one of the most important drivers of product launches on the Amazon platform, McLean-Foreman told FierceRetail in an email.

Additionally, Amazon announced it would offer a new feature for U.S. Prime members called Prime Reading that provides unlimited Kindle reading from a rotating selection of books, magazines and comics as part of the membership fee.