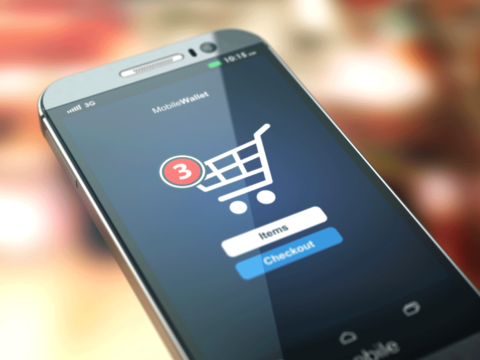 Despite gains in mobile shopping over Black Friday, mobile cart abandonment was still over 80%.

The single highest selling day in e-commerce history just passed, and while it was a testament to the growth in digital sales, shopping cart abandonment rates are still high and hindering more transactions.

Barillance studied more than 18 million e-commerce sessions from Black Friday through Cyber Monday and found that 74.5% of U.S. shopping carts were abandoned, the highest among any country looked at. The average overall abandonment rate for all countries was 72.5%, a full five percentage point improvement over 2016's 77.24%.

To compare the stat to other countries, Spain had the lowest overall abandonment rate at 70% and the U.K. was just slightly higher at 70.7%.

According to studies conducted earlier in the year, there are three major reasons for high mobile abandonment rates in the U.S.: difficulty in typing on mobile; complications with the process; and time restraints.

And despite the increase in mobile transactions for the holiday shopping weekend in 2017—71% of all traffic originated on mobile—abandonment rates were still the highest for any digital device, up 15.9% from the same weekend in 2016. Specific to the U.S., mobile shopping cart abandonment reached 81.1%, compared with 68.2% and 69.8% for desktop and tablet.

There was, however, an improvement in AOV for desktop, as desktop transactions included about 10.6% more items in their cart than mobile phone or tablet. In the U.S., the disparity between desktop and mobile conversions was almost 13%.