27% of Starbucks transactions are mobile 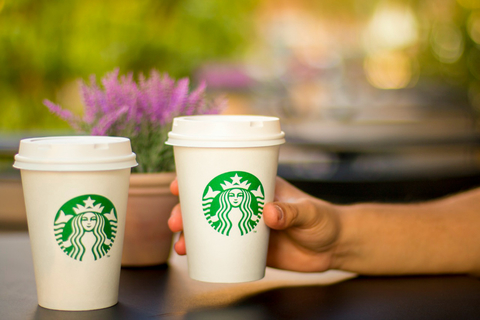 Starbucks also announced a plan to hire 10,000 refugees in the 75 countries where it operates, starting in the U.S.

Starbucks reported that 27% of all its transactions came from mobile in the first quarter, and the number of mobile orders more than doubled from 3% to 7% from the previous quarter.

The growth in mobile comes just months after the introduction of the My Starbucks Barista app, a conversational mobile app that allows consumers to order from a chatbot-style interface.

"Starbucks is engaging more deeply—and more frequently—and expanding its base of loyal customers faster and more consistently today than ever before," Howard Schultz, chairman and CEO of Starbucks said during a quarterly investors call. "The trust and confidence our customers have in the Starbucks brand is fueling our flywheel and propelling our business forward in markets and channels all around the world."

However, the success of the Mobile Order & Pay app has also caused some hiccups for stores with the highest volume during peak times.

"The overwhelming success of Mobile Order & Pay has increased Rewards engagement and created efficiencies at point of sale," said Kevin Johnson, COO, Starbucks. "This congestion resulted in some number of customers who either entered the store or considered visiting a Starbucks store and then did not complete a transaction.”

Starbucks reported record results during the holidays of 2016. In the first quarter, comparable sales increased 3% in the Americas, with a 5% increase in an average sales ticket but a 2% decrease in transactions. Loyalty program members' tickets were up 3% with transactions flat compared to Q1 in 2016.

In total, revenue grew more than 7%, with a record $2.1 billion loaded on Starbucks Cards and Rewards growing 16% over last year to 12.9 million members in the U.S.

Starbucks also announced that it has joined the growing list of companies that say they will create jobs in the U.S. for refugees. Schultz announced a plan to hire 10,000 refugees in the 75 countries where it operates in the next five years. Starting with the U.S., the company will hire refugees who have served as interpreters and support personnel for the U.S. armed forces abroad.

"These uncertain times call for different measures and communication tools than we have used in the past," Schultz wrote in a letter, in reaction to President Trump's executive order indefinitely barring the entrance of Syrian refugees from entering the country. Starbucks joins big names such as Google, which put up $2 million it hopes to match with employee contributions to fund organizations fighting against the immigration ban.