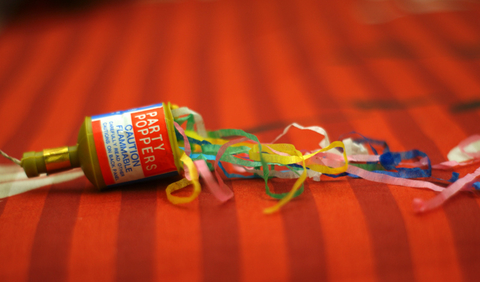 Party City is expanding its sales in toy pop-up shops. (Metku/CC BY 2.0)

As it turns out, Toys R Us and Party City have a similar demographic of shoppers. And given Party City's recent plans to open pop-up toy shops this holiday season, the retailer may get a big boost from filling a void left by the bankrupt toy store.

Last week, Party City announced the opening of 50 new "Toy City" pop-up stores across the U.S. The shops will co-located with Halloween City locations to create a concurrent seasonal and toy destination. The addition of toy products will also be available on Party City's online store.

RELATED: Toys R Us did too little, too late

"Toys R Us may have had all the shoppers’ toy needs (variety of product), so Toys R Us shoppers didn’t need to shop other toy retailers," Evelina Giang, data operations manager at UberMedia, told FierceRetail. "Party City shoppers, especially if they aren’t going to Toys R Us, may have had to go to more of a variety of retailers for all their toy needs. Age of the child, for example, is a factor of whether they go to Buy Buy Baby or Build a Bear."

But with Toys R Us out of the picture, Party City can change its image and start becoming a one-stop-shop for party supplies and toys.

"There’s two ways any toy buyer will go: brick and mortar or online. In adding a toy store component, Party City is likely hoping that their shoppers will choose them out of convenience as their brick-and-mortar choice," Giang said. Especially if the anticipated pop-up toy stores keep a similar price point to Party City.

Scott Webb, president of Avionos, agrees that the Toy City pop-up shops have certain elements that could help it succeed. For example, a play area where kids can try the toys.

"Toys are arguably one of the most experiential products retail can offer, and customers tend to build emotional connections with the toys that they interact with," Webb said. "For ‘Toy City’ pop-ups to be successful, it will be important for Party City to capitalize on that emotional connection and create an in-store experience that embraces how consumers want to interact with the product that goes beyond that brand. This first rollout will be largely experimental as the company figures out what works for them, but I believe that's what this model needs to be successful down the road and to keep it from falling into the abyss like Toys ‘R' Us did."