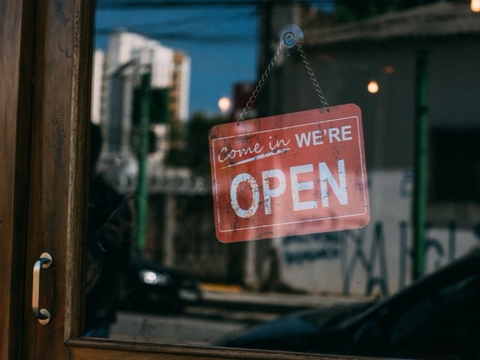 A majority of small businesses are owned by baby boomers. (Pexels)

So although many think of baby boomers as retirees, they still own the majority share (53%) of small businesses, with no signs of slowing down, given boomers make up nearly half (45%) of all potential buyers.

Bob House, president of BizBuySell.com, says that he is not surprised by the large number of baby boomers that own small businesses.

"It’s a large generation and most business owners who are looking to sell in the next few years are older," House told FierceRetail. "Retirement is the No. 1 reason that people sell their businesses."

But he also sees this rate of turnover as a good opportunity for other potential business owners.

"A new generation of business owners taking over from the current generation. Unprecedented business transfer opportunities for entrepreneurs looking to take something over with existing customers, cash flow, trained employees, etc., and not having to start from scratch, which has a much higher failure rate," he said.

And for some, owning a business is in the family blood. Of those surveyed, 29% had parents that owned a business, and 10% had grandparents who were entrepreneurs. And a quarter of these respondents have a household income between $100,000 and $150,000.

When it comes to the size of these companies, just over half employ between one and five full-time employees, while another 23% employ none. The largest percentage of those interviewed, 38%, have owned a business for more than 10 years, with the next highest percentage, 21%, having owned their business for between three and five years.

Most of these small businesses, 64%, were started from scratch by their owners, while another 21% were purchased as an established business. (Another 32% plan to sell their business within the next two years.) For those who did purchase their business, the hardest part was finding the right company to own, 40%, followed by understanding how much the business should be valued at, 23%, and negotiating the price with the previous owner, 12%.

Small businesses rely heavily on word-of-mouth, so 62% of respondents use social media marketing. Other popular marketing channels include SEO, 27%; events, 26%; print advertising, 26%; and direct mail, 24%. The social media platforms most popular among these businesses include Facebook (87%), LinkedIn (43%), Instagram (38%) and Google (38%).

Moving forward, House believes there is a big potential for small businesses to grow, especially in areas such as service, food service or manufacturing—those not heavily impacted by Amazon.

"Traditional retailers are less immune, but there will still be a need for local, differentiated retail with high-quality service in the retail sector," he said.